skip to main | skip to sidebar

No Time to Blog

Things have been pretty busy lately between teaching 44 little people, packing and getting everything sorted out for the move and oh yeah report cards for those lovely little people. Plus other general life things.

The move to full-time has been going pretty well (excluding today). I have been noticing that I'm a lot more tired and more and more I cannot wait for the move and only having to drive 5 minutes to school. Yeeee haaaw!

Well, time to get back to the report cards!

We had a New Years unlike we've had for many years last night. There was only 5 people at our party and that included us. We rang in 2009 with my cousin Monique and her really good friend Lynne who is now a mutual good friend (we've just started doing things together even when Monique is gone) and her boyfriend. A good time was had by, I think, all.

The new year always strikes a chord in me about who I want to be in the next year. In 2008 I wanted to be more self-disciplined. I don't know that it happened but I did attain my goal of running the half-marathon that in my mind was linked with self-discipline.

This year, 2009, I want to be a kinder, softer and less critical person. If anyone has any good suggestions on how to do that I'm all ears. 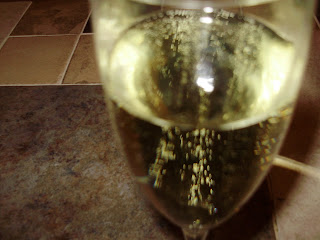 Krista Nicole
Welcome to my blog! I am hoping that I might update this every once and a while in 2011. How's that for honest?